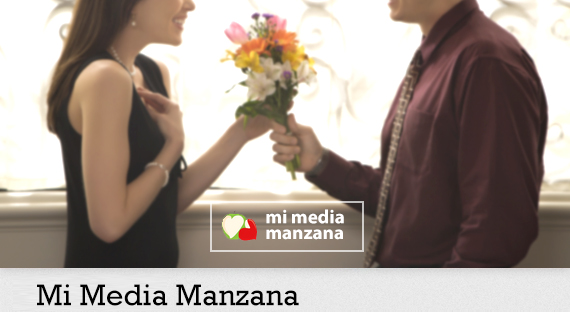 Mi Media Manzana is taking the labor out of love. Around the world, consumers are drawn to websites and apps that make life easier – all you need is the internet to find anything from a cab to a sandwich. In developed markets, consumers have been attracted to dating sites that apply convenience and variety to their love lives: in the US alone, 80 million American singles bolster a US$2 billion online dating market. In Spanish-speaking Latin America, however, consumers have just begun courting the idea of dating online: although 100 million Latino solteros are swinging solo, the industry only realizes US$50 million per year. Mi Media Manzana provides an online dating site and mobile app to kindle long-term relationships across Latin America.

Mi Media Manzana’s matchmaking algorithm pairs singles seeking long-term relationships, reducing the average time adults spend looking for a partner from 1.5 years (offline) to four months. Unlike similar dating platforms, Mi Media Manzana prides itself not only on the complexity of its algorithm, but also the rigor of its data analysis. By collecting and analyzing the variables that result in successful matches, the company feeds data to the algorithm that makes it smarter everyday – allowing it to suggest more intelligent matches and adapt to cultural preferences that vary by country, city by city.

Having already attracted 250,000 users across Peru, Mexico, Chile, and Colombia, the company boasts eight times as many users as Match.com in Peru after 12 months in the market, and twice as many in Colombia after just five months online.