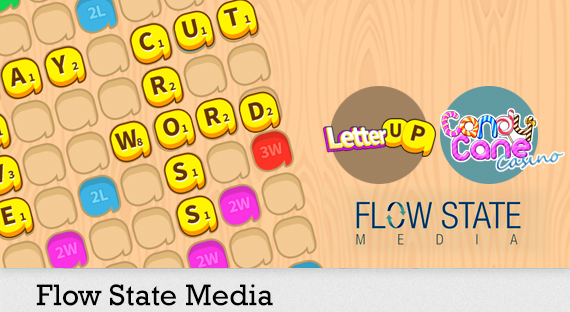 Flow State Media is a mobile gaming company composed of MIT & Zynga alumni focused on creating live mobile multiplayergaming experiences. Their hit word game "Letter UP" was the#1 Word Game in the Apple App Store in 13 countries in just 5 days afterlaunch. They were also featured as a Best New Game by Apple.

They foresee live, synchronous multiplayer play as the next evolution in mobile gaming, andbelieve gaming companies that offer both synchronous and compelling offlineplay as the next winners in the market. With their proprietary, cross-platformmultiplayer engine, they are well-positioned to take advantage of this oncomingtrend.

The team has over 75 years of combined experience in gaming and has worked on massive franchises such as Call of Duty, Zynga Poker and FarmVille.