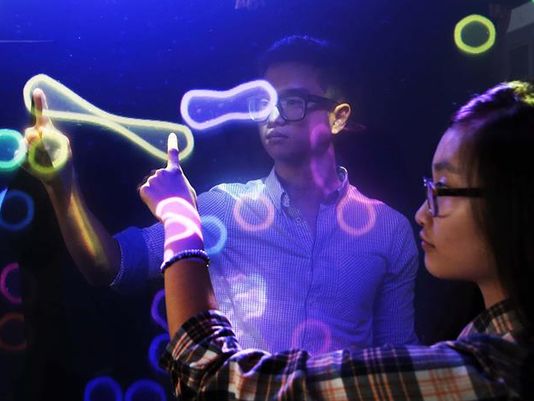 South Korea is poised to become the next Silicon Valley thanks to a new program.
(Photo: Corbis)

Tech geeks submitted hundreds of mobile apps last year to New York City's first-ever "GapApp" competition. The city's education department hoped the contest would find the best apps for teaching math. The geeks, of course, wanted to win a chance to test their creations in the city's schools.

The winner for "Best Instructional App," KnowRe, created by five math teachers from Seoul, South Korea, had been fortunate to have raised $1.4 million in venture capital from investors in their own country, as this ultimately enabled the company to plant its flag in Manhattan, 6,800 miles from home.

KnowRe adapts to each student's pace and ability, but so do lots of competitors in the crowded field of math instruction for the elementary, mobile hand-held crowd. KnowRe's differentiation comes from its ability to immediately catalog the concepts a student struggles with and develop assignments, replete with the requisite cartoons and games, to address these weaknesses. Fast Company magazine recently named KnowRe one of the world's 10 most innovative companies in education, alongside titans Kaplan and Twitter.

KnowRe's ability to break out of Korea and gain this kind of recognition is a feat of no small note, given Korea's historically unhelpful, even unfriendly, view of startups and entrepreneurs. In addition to inadequate venture capital and legal and bureaucratic obstacles, Korea's risk-averse culture tends to discourage entrepreneurs by looking down on failure. In an interview with Forbes last year, Bom Kim, founder of Korean e-commerce site Coupang, summed up his country's mindset this way: "You only start a company in Korea if you can't find a decent job."

South Korean President Park Geun Hye wants to change that. She's established a new government ministry to support the creation of new technologies and recently announced a government plan to invest $3.7 billion in early-stage companies. Those who matter most applaud her effort: entrepreneurs and private investors.

From 2008 to 2012, the number of Korean startups grew by over 80 percent to 28,193. At the end of September 2013, new domestic investment from Korean venture capital firms reached $927 million, the highest YTD Q3 amount since 2001. And while many investors outside of Korea remain cautious about investing in new companies there, a few but growing number have certainly warmed to the idea.

At the 2013 beGLOBAL technology conference in Palo Alto, Calif., some of Silicon Valley's top investors expressed enthusiasm for investment opportunities in Korea. During a panel on investing in Korea, Han Kim of Altos Ventures, a firm focused on companies developing mobile Internet services and software, announced his firm would be launching a $50 million fund solely for investing in Korea. He cited the positive experience his firm has had investing in the country over the past seven years.

Bernard Moon, co-founder of SparkLabs, a business incubator for new technology companies in Korea, including KnowRe, claims South Korea now spawns the best new gadgets and applications in the world. South Korea was recently ranked first on Bloomberg's list of the 30 Most Innovative Countries, buoyed by strong research and development, by rising patent activity and by a strong high-tech infrastructure that includes 100-percent broadband penetration.

Most important, Moon says, young Koreans are shifting their mindset, becoming more globally aware and more confident in their ability to commercialize ideas for an international market. Underpinning that shift is the global success of Korean pop culture in the last few years.

Korean pop music (K-pop) and TV shows (K-drama) now define entertainment throughout Asia, and dubbed versions have gained popularity as far away as Cuba. Demand for Korean fashion has exploded in the more influential U.S. and European markets. Even some of Korea's more obscure and unusual trends likemok-bang, videos of people devouring elaborate feasts, have gained broader audiences.

Park's optimism faces challenges, though. While Korea's rule of law in enforcing business contracts is more established than China's, and there is, at least by reputation, less entrenched bribery, bureaucratic hurdles and legal inconsistency continue to make the environment fairly business-unfriendly. And harsh bankruptcy laws discourage investors from taking risk. The economic dominance of established chaebol, or family-owned conglomerates, which account for over 80 percent of GDP, pose another challenge for new companies seeking to take market share from entrenched players.

The bottom line, investors in and out of South Korea say, is that the country has big potential, but the political and economic reforms needed to foster it will come slowly. Still, companies like KnowRe prove that South Korea produces some great technology, and at least some investors bet there's more to come.