Today, Apple announced the release of the very first apps made using CareKit, an open software platform that lets developers create iPhone apps that can help people manage various medical conditions and share information with their doctors. Among the four apps released today is one that helps users manage their diabetes, and one that people can use to track symptoms of depression. For Apple, the move signals the company`s first real step into the realm of true health care, as opposed to scientific research or simple health tracking. But given that 20 percent of US doctors still haven`t started using electronic health records, it`s unclear what sort of impact CareKit will have on the health care industry as a whole.

CAREKIT APPS ARE DESIGNED TO BE ATTRACTIVE TO DOCTORS, TOO

CareKit shares some resemblance with HealthKit, the platform that lets developers tap into the iPhone`s sensors to gather various health metrics, and ResearchKit, which gives scientists the ability recruit participants for scientific studies run through the iPhone. Like its predecessors, apps made through CareKit often let people track their activity levels, weight, or even their food intake. But CareKit apps aren`t designed for research or for simple health tracking. At their core, they`re geared toward people who want to keep track of specific symptoms or their medical progress. But the biggest differentiator by far is this: CareKit apps aren`t just for consumers. They`re also designed to be attractive to doctors who might want to keep an eye on their patients remotely.

Apple is releasing the CareKit framework to all developers today. It allows the integration of four health management "modules" into an app. One of these modules lets developers include a section for patient care plans, such as an interactive post-surgery care plan. Another module is used for symptom measurements. The last two are used for communicating with a person`s health team, and providing users with insight into how well a treatment is working based on their own answers and their progress over time.

"DOCTORS ARE NOT THE MOST TECH SAVVY FOLKS."

"I think it`s the future," says Arthur Caplan, a biomedical ethicist at New York University. Apps that help people manage their health conditions, and provide information to their doctors or hospitals are almost inevitable — and that`s not a bad thing, he says. But Apple may find that the health care management field is different from any of the other fields it attempted to shake up. "The biggest challenge will be quality control and convincing doctors to use these apps," he says. Physicians tend to be skeptical about anything that pegs itself as a way to reduce the time that patients have to meet with doctors face-to-face, and "doctors are not the most tech savvy folks," he says. "So I think Apple had best be advised to go slow." 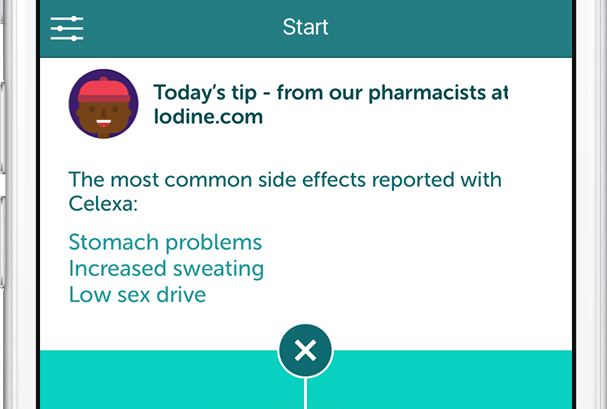 Given the private nature of the information recorded in these apps, Apple has put a special emphasis on quality control of CareKit apps in the App Store. Guidelines for app submission include a clause that prohibits developers from sharing user information with third partiers for marketing or data-mining purposes, and each app must provide a privacy policy. Apple will also reject any apps that provide users with a diagnoses or treatment advice without FDA approval. But it appears that the burden of user security will still fall on each app developer. Of the three companies who are launching CareKit apps today, all informed The Verge that the data stored on their servers is anonymized, leaving any identifiable information locally stored on people`s phones. But whether these measures — and Apple`s recent encryption wins against the FBI — will be enough to convince users to use the apps is another matter entirely.

APPLE WILL HAVE TO CONVINCE USERS THAT THEIR DATA IS SECURE

The diabetes tech startup One Drop is among the three companies that Apple selected to try CareKit first. The app, which is used to track diabetes-related metrics and share anonymized data with other diabetes patients, uses CareKit to help users track their symptoms, set health benchmarks, and share health reports with doctors. These are features that One Drop could have developed on its own, says One Drop CEO Jeff Dachis, but CareKit provided a simple and elegant framework with which to work.

The startup Glow chose to integrate CareKit into its Glow Nurture and Glow Baby apps, which focus on pregnancy and a baby’s first year, respectively. This change gives users the ability to inform people in their care team — doctors, family members, midwives, and babysitters — about their progress, says Jennifer Tye, vice president of partnerships and marketing at Glow. The company is also thinking about using CareKit for their other apps as well, which include period tracking features.

SEND REPORTS TO YOUR DOCTOR DIRECTLY VIA FAX

The final CareKit app being released today is Start, which is geared toward aiding people with depression. Thanks to CareKit, the app can now be used to share progress reports with doctors, even those who aren`t all that tech savvy. "With CareKit — we’re now able to let people send their progress reports — which has their PHQ-9 score, [the] clinical measure for depression, directly to their doctor via fax," says Thomas Goetz, CEO of Iodine, the company behind the app.

Given that the CareKit modules let developers include goals and options to share progress with others, it`s easy to imagine CareKit being for non-medical uses as well. Fitness gurus or even coaches could use them to track an athlete`s progress over time. So if doctors are slow on the uptake, the platform may very find a home in the fitness section of the App Store instead.