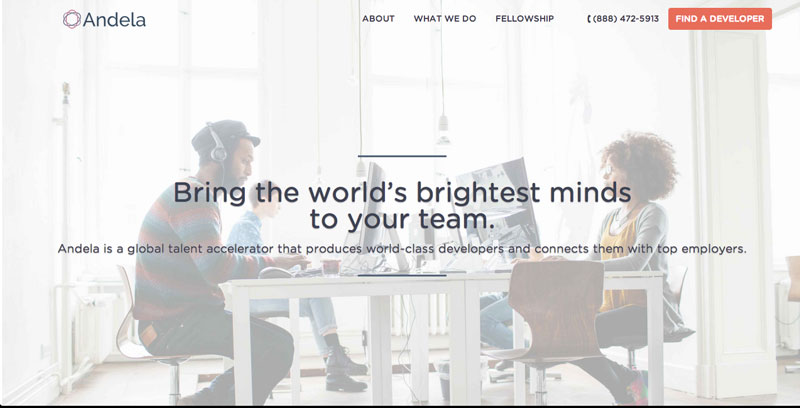 According to a post on Andela’s blog, the developer talent accelerator has received more than 10,000 applications in six months.

Andela launched six months ago, in September 2014, and has been gaining traction.

“Today, we crossed an important milestone” said Jeremy Johnson in the blog post. “Andela has now received over 10,000 applications. The size of our applicant pool is a testament to the fact that word about what we are doing has spread across Nigeria — and beyond. Applications have been received from South Africa, Botswana, Ghana and Kenya, a signal that there is demand for Andela in other parts of the continent.”

Andela’s applicant pool has been growing exponentially, and this according to them, shows that they are “tapping into a growing market and a hunger for opportunity”.

Andela is said to have an acceptance rate of 0.6%, with the most selective technology training program on the African continent. Jeremy Johnson also said that the company has 100% success rate with clients and 80% of them ask for additional services within the first six months. Andela has shown that their business model is highly effective.

Andela currently has a team of over 80 developers and had to move into a new campus to better accommodate them.