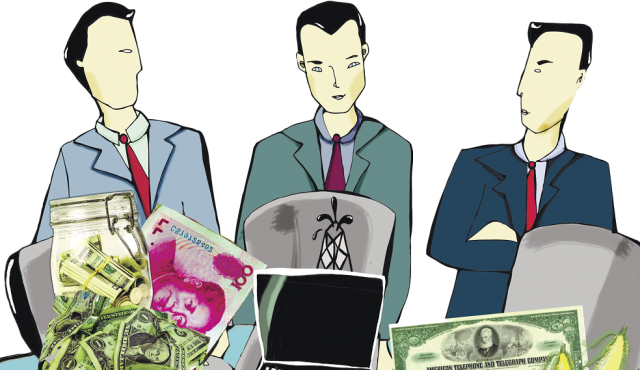 The startup funding world was rocked in September, when U.S. startup platform AngelList launched its revolutionary AngelList Syndicate service. Angels, as well-heeled individual investors are known, could now recruit others to join them in investing in so-called seed rounds, when startups raise their initial capital.

The service was made possible by a regulatory change of by the U.S. Securities and Exchange Commission, permitting for the first time securities to be marketed to private investors. It allowed angels to operate in a similar fashion as venture capital funds. The lead angel in a funding round, for example, can set the terms for the round. AngelList takes 5% of the profits on transactions through its website.

“The Startup Investing World Got Turned On Its Head Over The Weekend, And VCs Are Freaking Out,” read the headline of financial news website Business Insider on September 30. Well-connected angel investors would now be free to “write much bigger checks — checks as big as the ones only professional venture capital firms used to be able to write, according to the article.

Reports began circulating on the new service’s successes within a week of its launch. Jason Calacanis, a Silicon Valley entrepreneur and angel, said he’d already raised $300,000 for a company through AngelList Syndicate.

Calacanis relates on social media network LinkedIn how he met up with AngelList cofounder and CEO and Naval Ravikant a couple of years ago. “He wasn’t taken very seriously in the industry, and the venture capitalists I spoke to dismissed him as somewhere between a loon and a jerk,” wrote Calacanis. “I literally heard a dozen VCs dismiss AngelList and Naval. They hated it. Some hated him. That’s when I knew he was going to change everything. Naval wasn’t a loon or a jerk; he was just three years ahead of everyone in seeing the power of decentralized funding – and it scared the living sh@#$t out of VCs. So the petty VCs – especially the ones taking 12 weeks vacation while collecting 3% management fees and showing up late for board meetings – did everything they could to deride him.”

The bottom-tier VC firms, which provide little added value, are already at risk due to their anemic returns, and this could prove the last “nail in the coffin” for them, according to Calacanis. However, he doesn’t see top firms like Sequoia Capital, Benchmark Capital, or Accel Partners being affected. “But the bottom half of VCs will now be wholesale replaced by folks like Kevin Rose, Dave Morin and myself,” he wrote. “The three of us have $1M in backers in the first week. That means if we collaborated on a project we can do an A-Round after a brief conference call. That means the three of us could have funded YouTube, Uber, Pinterest or Twitter’s angel round.”

Another key advantage for angel syndicates cited by Calacanis is the ability to decide on investments quickly. He claims that while VC funds take weeks to get their partners on board on a deal – which can lead to problems for startup founders – he can make an investment decision in a matter of days, even hours.

In an interview with Bloomberg, Ravikant expressed a more moderate outlook for the industry than Calacanis. “The market is exploding: There’s just so many more startups today than there were just a few years ago,” says Ravikant. “There’s nearly 100,000 startup companies on AngelList. We’re just making the market a little more efficient.”

AngelList recently raised $24 million for itself. Online high-tech magazine AllThingsD describes AngelList as a platform for matchmaking between startups and investors. In an interview with the publication, Ravikant says he preferred not to involve VC firms in its own funding, raising money instead from people and organizations like Yuri Milner, the Kauffman Foundation and Google Ventures.

Not everyone, however, is expressing enthusiasm about the new syndication model. Hunter Walk, an American investor and former product manager at YouTube, posted that the new model will create new competition between angels and generate excessively large funding rounds that result in good angels being excluded.

Fred Wilson, a partner at Union Square Ventures, says angels will need to start looking after the startups they invest in even after the initial rounds of funding and take the lead in subsequent rounds, a role filled mainly by the VC firms until now. The Wall Street Journal has sounded the warning bells about the potential for an investment bubble in which investors could lose all their money.

“As in any field, professionalism is also needed in startup investing,” cautions Israeli angel investor Tal Barnoach. “When you syndicate an idea without checking it out, performing a due diligence exam and investigating the market – that’s not being professional enough.”

New models that leverage the power of investor groups have also made the scene in Israel over the past year. The best known example of angels banding together in Israel is the OurCrowd investment platform, started by John Medved.

As opposed to AngelList, where small investors sign up to join a lead angel with experience, the staff at OurCrowd chooses the investment opportunities offered to members. With 2,300 registered angels, 10% of whom have already invested money, OurCrowd has helped raise $25 million for 29 startups since its launch in February and recently disclosed that GE Ventures has also signed up and will be eligible to join in seed funding through its services.

“We are entering a golden age of angel,” declared Medved. “The number of angels has grown with the proliferation of successes.”

Another trend taking hold in Israel is the gathering of investors together in funds. One example of such a fund with an Israel connection is SparkLabs Global Ventures, cofounded by former Facebook and Amazon executive Net Jacobsson, an American-Israeli. Over the next three years the funds intends to invest $30 million in 20 to 40 early-stage startups – between $250,000 and $1 million apiece.

“When I left Facebook I thought the natural next step would be to invest and help entrepreneurs,” says Jacobsson. “I began investing as an angel in several companies in Israel and the U.S. and wrote out small checks to founders, but I didn’t have the opportunity to join companies in any significant way. As an angel you know that within a year the company will need to raise money again, and it will then become completely diluted. Also, at the seed stage you have to take into account that if the company succeeds, $2 will need to be invested for every dollar invested at the seed stage.

“I wanted a fund that will allow me to invest and work with the startups and help put them out in the world and succeed,” explains Jacobsson. “Very few angels invest the time needed to help companies through the process and difficulties. So I think we’ll see people slowing retreating from the idea of angel investments. Therefore an initiative like AngelList Syndicates is also important.”

There are no signs of panic yet in Israel’s VC sector due to the recent developments concerning angel investors. Rami Beracha, a managing partner at Pitango Venture Capital, doesn’t believe investments by groups of angels will lead to the building of large companies.

“One of the most important things for companies raising money is to understand what happens at the next stage,” says Beracha. “There’s a difference between an organization that puts down $1 million and brings $4 million to $5 million in investment for the next stage and a group of angels which combines to invest $1 million. What happens at the next stage? Will the same group of angels organize to bring $5 million? Either they’ll succeed or they won’t. That’s not the VC model. Continuity is important for the companies.”

In any case, Pitango has allocated $10 million of its most recent fund-raising round, totaling $270 million, for small seed investments. So even the funds have proven flexible and changed their investment policies in line with market needs.

Beracha points out that Pitango cooperates with angels in seed investments. “There are several layers of investment,” he explains. “We have always been involved in seed activity. This is a field where angels characteristically operate exclusively while funds get involved just now and then.”

Beracha summarizes by saying that all players funding startups are important since all types of investors have their own place in the general picture. “Some angels involved in this as a hobby until now are serial entrepreneurs or people who came from the field who are asking: Why not start a de facto fund? So the same angel starts a fund and uses the abilities that an angel and a VC fund need to the same degree – filtering companies, identifying trends, and assessing potential. Accomplishing this in a more institutionalized manner is, in my opinion, excellent.”