Facebook Messenger has more than 11,000 chatbots, but how many people use them? That’s what Blend CEO Akash Nigam is asking, and he believes his solution offers a better alternative.

Blend produces “Genies,” which are similar to chatbots on apps like Facebook Messenger, Telegram, and Kik, except they’re don’t require you to interact with them. There are more than a 1,000 genies, including ones for Donald Trump, Instagram, Fitbit, ESPN, and Kanye West. Each Genie has a unique look that resembles who or what they’re representing.

All you need to do is add a Genie to a conversation — it’s akin to adding a sticker pack on other messaging platforms. Blend relies on its “Viral Throttler” technology to trigger Genies in the middle of conversations. It “detects viral content before it goes viral,” so you’ll get tweets from Kanye West show up in your conversation before they go viral.

“I think interacting with a piece of artificial intelligence to accomplish xyz is kind of at fault in general, it only works when there are finite options at play,” Nigam tells Digital Trends. “A social interaction is so delicate, it can go in thousands of different tangents … rather than using bots to replace a conversation, we’d rather be using the best of bots to amplify the already existing group dynamic.”

There are three types of Genies you can choose from: Notification Genies, Service API Genies, and Blend-branded Genies.

Notification Genies offer alerts, as the name suggests, and these can range from publications like the New York Times, to sports teams and to celebrities like Drake. Service API Genies use third-party public APIs to pull content from other apps, such as from the dating app Bumble. One example Nigam said is using the Bumble Genie, if you get matched with someone, it could send the match to a group conversation. 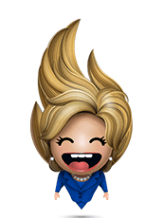 “Another one is Equinox, the gym,” Nigam said. “What this does is fuel a little bit of the competitive side — their API calls for number of calories burned and time spent within the gym. Every single Thursday, it’s going to rank everyone in the group, and it will be like, ‘Akash you spent this much time at the gym and burned this many calories’ … you get the picture.”

Blend-branded Genies are more specific. An example Nigam offered was a “teeth-whitening Genie.” It reminds you to take specific steps every day, and by the end of the week it will send a picture of what your teeth should look like, and it will ask the participants to send their selfies so the group can judge who’s doing better.

The team plans on rolling out more than 1,000 more Genies over the next year. Companies will be able to approach the company to build their own Genie.

The Blend update is available on iOS, Android, Mac, Windows, Ubuntu, and the web.