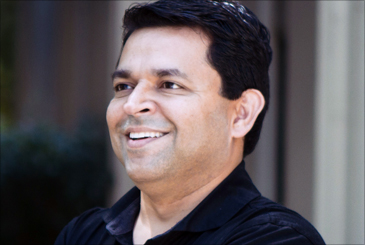 "Universities are the new Ellis Island," said Kalpesh Kapadia, chief executive and co-founder of SelfScore, which aims to extend credit to foreign students in the U.S.

Students used to leave college with two artifacts of their first experiments with credit — free T-shirts and, for better or worse, a credit file. Today they are leaving without either.

The Credit Card Accountability Responsibility and Disclosure Act of 2009 severely narrowed the industry`s ability to market or issue cards to anyone under the age of 21. Banks and credit card companies, rather than tailor their approaches, drastically reduced their peddling of credit products to college students. While the legislation was intended to curb what was perceived as predatory practices, it has had one unintended consequence — a group of young adults who have very little credit history.

"Since students were no longer exposed to credit cards, a large swath of them could no longer start building their credit history at an early age, which is an important component of the FICO score," said Joe Bayen, chief executive and founder of Lenny, a startup that is looking to extend credit to young people. "Though banks used to offer excessive interest rates, it still gave an opportunity for students to build a credit history."

Like so many other lines of business that banks exited or cut back following the financial crisis, credit to younger people is now being eyed by tech startups. Lenny, in Santa Monica, Calif., is a peer-to-peer payment and lending platform that launched a mobile app in March. That same month, SelfScore, in Palo Alto, Calif., launched an unsecured credit card for international students. Both are hoping to help students build up their credit profiles. As well, both are hoping to develop relationships with the students that last long past graduation.

"The startups are popping up for reasons," said Alex Johnson, director of credit advisory service at Mercator Advisory Group, adding that many banks and card issuers have lost their ability to reach the young-borrower market because they merely folded their efforts there into their general marketing following the legislation. That has been ineffective. For instance, a college student might receive a credit card offer in the mail now, but may also be denied that same card because he lacks prior credit.

As Johnson sees it, banks ought to watch what the startups are doing to learn about millennial marketing strategies for credit.

"It`s really important for issuers to think how to compete for these consumers," Johnson said. "If they don`t compete, there is no guarantee consumers will fall into their lap."

Indeed, some surveys say millennials are not that interested in credit. Because of that, financial services companies are struggling to build relationships with millennials beyond deposit accounts.

Both startups are working to raise awareness on their products through grassroots and word-of-mouth marketing.

SelfScore is raising awareness with online content strategies and sponsoring university groups. Lenny is putting $5 credits in accounts that refer friends, advertising on Facebook and randomly choosing three transactions a day to pay on behalf of the user, to encourage usage, among other things.

Also, the upstarts have some advantages over incumbents, including their businesses starting off in digital channels — a benefit when wooing individuals who are described as digital dependent. Indeed, the Federal Reserve`s latest study found that 91% of those ages 18 to 29 and 88% of those ages 30 to 44 who own a mobile phone have a smartphone, for example.

Still, the startups will have to educate their target audience on a topic they likely don`t know much about: their credit score.

Lenny is planning to update its app to include credit scores, something some issuers have been publishing for months.

Johnson says that the startups — and banks, for that matter — should see financial education tools like the inclusion of the credit score in their digital offerings as a way to drive engagement, rather than a perk.

"It`s about shaping the behavior and profitability of your customers," he said. "Millennials, in particular, are very hungry for that kind of information."

Not surprisingly, SelfScore and Lenny are relying on nontraditional metrics to measure creditworthiness.

"Their credit needs are not fulfilled by the current system," said Kalpesh Kapadia, a co-founder of SelfScore and its CEO.

As he sees it, the target customer is much less risky than the absence of a credit score would imply. After all, these individuals are traveling thousands of miles to receive education.

In March, SelfScore, in partnership with Celtic Bank in Utah, launched a credit card and online account for its target demographic. Rather than a FICO score, the startup vets passports, transcripts, addresses, phone numbers and transactions from recent bank statements before extending credit. Physical cards arrive in the mail if approved, while customers manage their account on SelfScore.com on any device.

The mobile-first Lenny is targeting all young adults, though it says students may get a better credit rate. It already offers small credit lines to California residents. And it expects to start offering credit to people in Florida, New York and Texas in the coming months. Since launching in March, Lenny has made upward of 1,000 loans. Bayen said the average loan is about $300. He describes the company`s target audience as the "pre-Sofi" crowd, referring to the popular marketplace lender that is focused on refinancing student loans.

Lenny`s platform is also integrated with the payments company Dwolla, giving it two ways to serve its customers.

"They get double the value," Bayen said. "That`s why we believe more and more millennials will stick with us over time."

In the long term, Bayen said, Lenny would like to grow with its customers, perhaps someday offering car loans or even mortgages.

"We will be there for them," he said.